Holonyak Lab graduate student Richard Dicky Liu has been named a finalist for the 2019 Collegiate Inventors Competition. The prestigious annual competition rewards innovations, discoveries, and research by college and university students and their faculty advisors.

ECE ILLINOIS graduate student Richard Dicky Liu has been named a finalist for the 2019 Collegiate Inventors Competition.  The prestigious annual competition rewards innovations, discoveries, and research by college and university students and their faculty advisors. Liu and his advisor, ECE ILLINOIS Professor Can Bayram have been selected as one of five graduate finalist teams in the national competition. 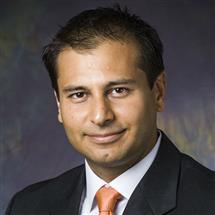 “Richard is a great researcher going beyond the bounds of PhD candidate expectations with his innovative spirit and driven work ethic,” Bayram said of Liu’s recognition.

According to the Collegiate Inventors Competition, this year's finalists and their inventions provide a glimpse into the future of American innovation and emerging technological trends — from alternative energy to safer aerial transport. Through their research, these students have harnessed their "inner inventor" to make working prototypes that can positively change our world.

“U of I is known to be the best in compound semiconductor microelectronics and photonics areas, and this recognition marks the impact of our unique research in not only science but also in technology” Bayram emphasized. 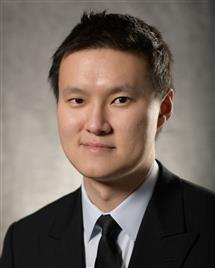 Liu will travel to Alexandria, Virginia, to present the invention to an esteemed panel of final-round judges composed of the most influential inventors and invention experts in the nation — National Inventors Hall of Fame® Inductees and United States Patent and Trademark Office (USPTO) officials.

Competition finalists will showcase their inventions and interact with thousands of attendees at the Collegiate Inventors Competition Expo. The expo is free and open to all in the community, and it will be held on Wednesday, Oct. 30 from 2-3p.m. in the USPTO Madison Building, Upper Atrium. A private Awards Ceremony will take place later that day in Alexandria.

Established in 1990, the Collegiate Inventors Competition is a program of the National Inventors Hall of Fame and is sponsored by the USPTO, Arrow Electronics (People's Choice Award), Merck, Hologic, and Wilson Sonsini Goodrich & Rosati.