In August, the National Science Foundation in conjunction with the Semiconductor Research Corporation awarded a team of engineering researchers from the University of Illinois and the University of Chicago $2.5 million to develop a chip-level photonic device technology for transporting and processing information at the chip level. The researchers, led by ECE Illinois Associate Professor John Dallesasse, will use the transistor laser as the building block for high-speed optical links and electronic-photonic digital logic circuits, enabling faster and more energy efficient chip-to-chip communications and signal/information processing. 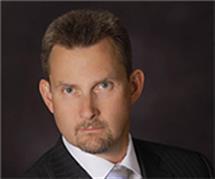 ECE and MNTL faculty member John Dallesasse
Invented by ECE Illinois Professors Milton Feng and Nick Holonyak Jr. in 2004, the transistor laser is a multi-patented three-terminal device that can convert an electrical or optical input signal into an electrical output signal and a beam of light. Conventional transistors, on the other hand, operate purely in the electrical domain. The transistor laser will enable optical transmission, detection, and information processing on chips that can be integrated with existing silicon CMOS fabrication technology, which is the industry standard for making everything from computers to cell phones.

One of the main applications for their new photonic device technology is the data center, where racks and racks of computer servers store, transmit, and process information like millions of Facebook posts, Tweets, and Google searches each day. According to Dallesasse, data transmission between and inside each server and rack is done electronically, however transmitting data between the racks of servers, or even longer distances within the data center, is done with light.

In addition to developing chip-level photonic interconnects to more quickly transmit information, the team will optimize the transistor laser to create a simple photonic logic element and supporting information processing architecture. Dallesasse predicts that his team can reduce the power consumption by 100 times per processing operation by implementing photonics on the chips, which could someday enhance supercomputing and information and image processing for homeland security—in addition to improving the energy efficiency of data centers.

Other members of the research team include ECE Illinois faculty Milton Feng, who will develop the transistor laser; Jean-Pierre Leburton, who will perform device modeling; and Wen-mei Hwu, who will work with University of Chicago Computer Science Assistant Professor Yanjing Li on making high-speed and energy efficient processing elements.

This project is funded by the NSF/SRC Energy-Efficient Computing: from Devices to Architectures (E2CDA) program, which aims to minimize the energy impacts of processing, storing, and moving data within future computing systems.