For the IEEE Nanotechnology Council (NTC), the Pioneer Award is equivalent to a lifetime achievement award. It is given annually to a scientist 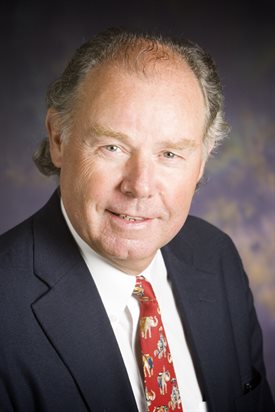 or engineer who has distinguished him or herself in a long technical and prolific career by initiating new areas of research and development in nanotechnology with a significant impact on the field. The winner of the 2021 NTC Pioneer Award in Nanotechnology is HMNTL’s Jean-Pierre Leburton.

“Professor Leburton has truly done pioneering research in semiconductor nanotechnology and bio-nano technology,” said Li. “We are thrilled that IEEE Nanotechnology Council decided to honor him with this very well-deserved award!”

Leburton's research focuses on transport, optical, and spin processes in semiconductor nanostructures such as quantum wells, quantum wires, and quantum dots. In the last 18 years, he has turned his interest toward the fundamental interaction between living systems and semiconductors to investigate programming and sensing biomolecules with nanoelectronics.

“Winning this award is very dear to me, because I’ve been working in the field of nanotechnology for a long time,” said Leburton. “I am a theorist who tries to understand the way nature works at the basic device level by developing physical models and solving fundamental mathematical equations, often using comprehensive computer modeling to achieve my goals. My students and I were one of the first groups, if not the first, to introduce the effects of quantum confinement in the simulation of nanoscale devices.”

Currently the Gregory Stillman Professor of Electrical and Computer Engineering, Leburton is also a professor of physics. In addition to his faculty position in HMNTL he is affiliated with the Coordinated Science Laboratory, and the Illinois Materials Research Laboratory. Leburton received his PhD from the University of Liege in Belgium in 1978.

When asked what advice he would give researchers just starting their careers, Leburton suggested following his lead when choosing research topics.

“Follow your scientific interests and your curiosity,” he said. “Don’t hesitate to pursue what you like to do. Sometimes this comes at the expense of a much more comfortable financial position, but in the long run, it pays off in terms of life and intellectual accomplishments.