The Directed Energy Professional Society (DEPS) was founded in 1999 to encourage research in directed energy technology for national defense and civil applications through professional communication and education. Directed energy uses focused energy, including laser, microwaves and particle beams. DEPS offered partial scholarships up to $10,000 for the 2020-2021 school year. One such scholarship was received by HMNTL student Pawel Strzebonski. 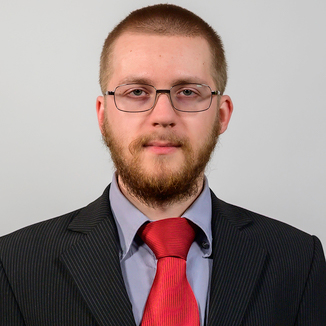 Strzebonski is a PhD student with the Nick Holonyak Jr. Micro and Nanotechnology Laboratory studying electrical and computer engineering. His focus is in laser mode and beam control and engineering.

Strzebonski says that the research he proposed to DEPS in an evolution of this work.

“The first element of my research is the characterization of those devices to demonstrate the principles of waveguide engineering for mode engineering,” says Strzebonski. “Second is moving beyond those devices by developing new and improved laser designs that can engineer laser modes and beam while achieving high power performance.”

Candidates for the DEPS scholarship are expected to be interested in pursuing or studying Directed Energy.

“I consider winning this scholarship as an indication of interest in mode/beam engineering concepts and their relevance in the engineering of high-performance laser systems, especially for directed energy application,” says Strzebonski.