Simeon Bogdanov was drawn to Illinois because of the university’s reputation in the areas of optoelectronics and quantum physics. Read more about Holonyak Lab's newest faculty member.

Drawn to Illinois because of the university’s reputation in the areas of optoelectronics and quantum physics, Simeon Bogdanov joined the Nick Holonyak Jr., Micro and Nanotechnology Laboratory and the Electrical and Computer Engineering (ECE) department after a postdoctoral placement at nearby Purdue University. Bogdanov’s research focuses on applying plasmonics to quantum photonics, and it is in this area that he has achieved a significant result.

Read more about Bogdanov and his research below. 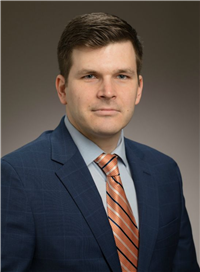 Can you summarize your research?
My recent work consisted of applying plasmonics, the area of optics that studies the strong confinement and manipulation of light at the surfaces of metallic nanostructures, to quantum photonics. Single photons are useful for encoding and transmitting quantum information, but they are not very easy to produce.

Photons naturally tend to “bunch” together. For example, the light emitted by a lamp or a laser normally consists of photon packets rather than of single, isolated photons. One needs special physical objects, like atomic defects in solids, to produce single photons. Plasmons are hybrid particles born out of the interaction between photons (light) and free electrons in metals (plasma). Using this interaction, we could produce single photons at room temperature and at higher rates than ever before, theoretically up to a few trillion per second. Using this approach, we beat the record for the brightest room-temperature solid-state single-photon source. This source can help the development of quantum networks featuring practically significant bitrates.

What brought you to Illinois?
First of all, the world-leading expertise at Illinois in classical photonics and electronics. I plan to study light-matter interaction at the nanoscale and make a new generation of high-speed photonic quantum devices. Good quantum devices start with good classical devices. I foresee many fruitful collaborations leveraging on this expertise.

Illinois is also big on the quantum scene, with its Illinois Quantum Information Science and Technology Center (IQUIST) aiming at developing the infrastructure for quantum information across multiple physical platforms. The university is integrated into larger communities such as the Chicago Quantum Exchange, which is one of the nation’s leading centers for quantum technology. Illinois is one of the best places in the nation to do the kind of work I want to do. There is a big collective ambition to develop quantum technology at the university level.

What will the student involvement in your research be?
I am actively recruiting graduate and undergraduate students to do research in quantum nanophotonics. The group’s members will specialize in optical microscopy, atomic force microscopy, quantum optical measurements, device fabrication, machine learning, and numerical simulations. The quality of students at Illinois is well known and I am committed to making this research a fulfilling experience for them.

What are you most looking forward to during your first year at Illinois?
I am looking forward to getting to know my colleagues closer and build collaborative projects. Our initial discussions have been highly exciting and reveal synergies in several research directions. I am proud to be here and feel that a lot of interesting collaborative ideas will come to life in the next few years.

Bogdanov received his Ph.D. in 2014 Northwestern University, where he worked in the research group of Manijeh Razeghi. He received his masters degree in Microelectronics from the KTH Royal Institute of Technology in Stockholm in 2008 and his bachelors degree in 2007 in Physics from École Polytechnique, located in Paris, France.