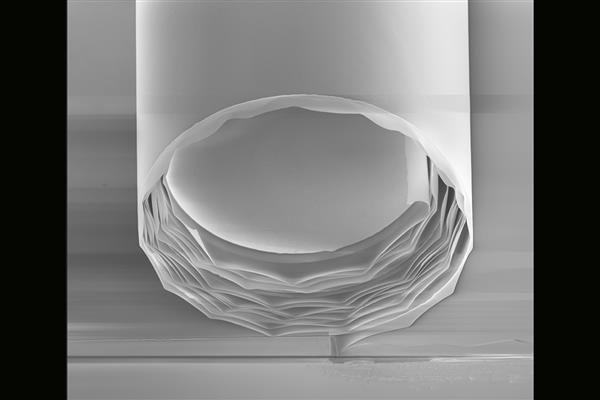 Smaller is better when it comes to microchips, researchers said, and by using 3D components on a standardized 2D microchip manufacturing platform, developers can use up to 100 times less chip space. A team of engineers has boosted the performance of its previously developed 3D inductor technology by adding as much as three orders of magnitudes more induction to meet the performance demands of modern electronic devices. 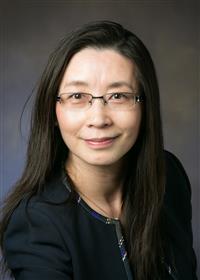 In a study led by Xiuling Li, an electrical and computer engineering professor at the  University of Illinois and interim director of the Holonyak Micro and Nanotechnology Laboratory, engineers introduce a microchip inductor capable of tens of millitesla-level magnetic induction. Using fully integrated, self-rolling magnetic nanoparticle-filled tubes, the technology ensures a condensed magnetic field distribution and energy storage in 3D space – all while keeping the tiny footprint needed to fit on a chip. The findings of the study are published in the journal Science Advances.

Traditional microchip inductors are relatively large 2D spirals of wire, with each turn of the wire producing stronger inductance. In a previous study, Li’s research group developed 3D inductors using 2D processing by switching to a rolled membrane paradigm, which allows for wire spiraling out of plane and is separated by an insulating thin film from turn to turn. When unrolled, the previous wire membranes were 1 millimeter long but took up 100 times less space than the traditional 2D inductors. The wire membranes reported in this work are 10 times the length at 1 centimeter, allowing for even more turns – and higher inductance – while taking up about the same amount of chip space.

“A longer membrane means more unruly rolling if not controlled,” Li said. “Previously, the self-rolling process was triggered and took place in a liquid solution. However, we found that while working with longer membranes, allowing the process to occur in a vapor phase gave us much better control to form tighter, more even rolls.”

Another key development in the new microchip inductors is the addition of a solid iron core. “The most efficient inductors are typically an iron core wrapped with metal wire, which works well in electronic circuits where size is not as important of a consideration,” Li said. “But that does not work at the microchip level, nor is it conducive to the self-rolling process, so we needed to find a different way.”

To do this, the researchers filled the already-rolled membranes with an iron oxide nanoparticle solution using a tiny dropper.

“We take advantage of capillary pressure, which sucks droplets of the solution into the cores,” Li said. “The solution dries, leaving iron deposited inside the tube. This adds properties that are favorable compared to industry-standard solid cores, allowing these devices to operate at higher frequency with less performance loss.”

Though a significant advance on earlier technology, the new microchip inductors still have a variety of issues that the team is addressing, Li said.

“As with any miniaturized electronic device, the grand challenge is heat dissipation,” she said. “We are addressing this by working with collaborators to find materials that are better at dissipating the heat generated during induction. If properly addressed, the magnetic induction of these devices could be as large as hundreds to thousands of millitesla, making them useful in a wide range of applications including power electronics, magnetic resonance imaging and communications.”

Li also is affiliated with the department of mechanical science and engineering, the Materials Research Laboratory and the Beckman Institute for Advanced Science and Technology at the U. of I.

The National Science Foundation Engineering Research Center for Power Optimization of Electro-Thermal Systems and the U.S. Department of Energy supported this research.

The paper “Monolithic mtesla-level magnetic induction by self-rolled-up membrane technology” is available online and from the U. of I. News Bureau. DOI: 10.1126/sciadv.aay4508