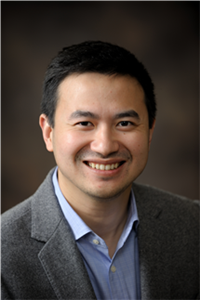 Gong's group developed novel designs and microfabrication designs to improve the performance of the materials. Now the group is trying to commercialize their applications into the industry a few years from now. With their applications, cellphones will be equipped with wider bandwidths which will provide higher data rates for downloading videos, accessing the cloud, or using any AI algorithms.

The IEEE Ultrasonics Early Career Investigator Award recognizes the achievements of a researcher in the area of ultrasonics and its applications. This award is specific to those researchers in the early stages of their careers. It recognizes one awardee each year.

In the past few years, Gong's research already earned him numerous awards. He is an active member of the T-UFFC community and is an Intel Alumni Fellow with the University of Illinois since 2016. Gong is also a recipient of the 2014 Defense Advanced Research Projects Agency Young Faculty Award, the 2017 NASA Early Career Faculty Award, and the 2019 UIUC College of Engineering Dean's Award for Excellence in Research.

This award "validates the research and the research direction that we invested in ourselves for the past five to six years," said Gong. "We are  the leading group of this type of particular devices and we are very proud of the research outcomes that we have achieved."