Two Holonyak Micro & Nanotechnology Laboratory professors, Lynford L. Goddard and Xiuling Li, have been named as Fellows of the Optical Society (OSA). The requirements to be a Fellow in the OSA are to have “served with distinction in the advancement of optics and photonics… The number elected each year is limited to approximately 0.5% of the previous year's membership total.” according to the OSA website. The Holonyak Lab professors say this recognition is an honor and an exciting opportunity. 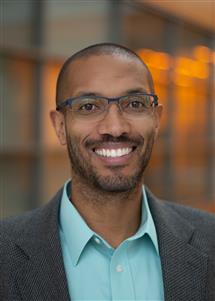 “It’s both a recognition of what we’ve been able to achieve as a result of collaborating with students and other faculty and also an opportunity to become an advocate,” said Goddard. “Coming from a position where people recognize you as an expert in the field gives you the opportunity to get other people more excited about it.”

Li said that getting this award has excited her students just as much as it has excited her. “I was telling my students about getting elected and one of my students said ‘You’re a Fellow of the OSA! I’m writing a proposal on photonics!’ Our students play a big role in our being recognized for our technical contributions. I am also especially grateful to my mentors who supported and believed in me every step of the way.” said Li. 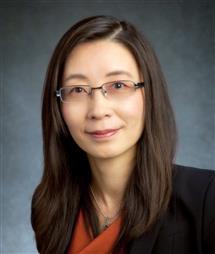 Li and Goddard both said the recognition was extra special because no other university had more than one faculty member elected to be an OSA Fellow for the 2020 class. As Fellows, the most concrete change to their professional lives will be the ability to nominate others for this distinction.

“You can make nominations when you’re not a Fellow, but it has to be seconded by a Fellow,” said Goddard. “Now, I can think about other people who have done great things in optics and photonics who haven’t been recognized. It’s an opportunity to bring people in who also deserve this honor.”

“Once you’re on this side of the table, you think more about how you can promote other people,” said Li. “That’s good for everyone and good for the society. The more, the merrier!”

Both Li and Goddard emphasized that the work of their students and the support from their departments played an important role in receiving the honor. Citing the University of Illinois’ emphasis on interdisciplinary work, both credit their collaborators, including faculty, students, and postdocs, as contributing to their success.