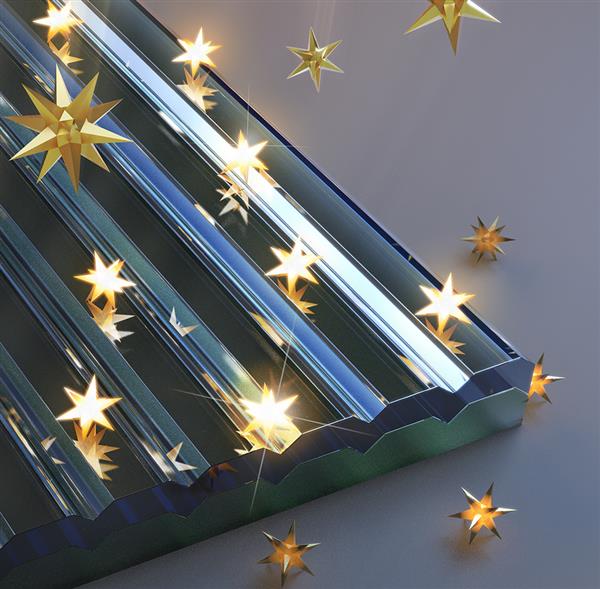 Qinglan and Cunningham found a way to use nanoantenna technology to harvest light.

Harnessing light’s energy into nanoscale volumes requires novel engineering approaches to overcome a fundamental barrier known as the “diffraction limit.”  However, University of Illinois researchers have breached this barrier by developing nanoantennas that pack the energy captured from light sources, such as LEDs, into particles with nanometer-scale diameters, making it possible to detect individual biomolecules, catalyze chemical reactions, and generate photons with desirable properties for quantum computing.

The results, which have a broad array of applications that may include better cancer diagnostic tools, were recently published in the Nano Letters, a prestigious peer-reviewed journal published by the American Chemical Society in a paper entitled “Microcavity-Mediated Spectrally Tunable Amplification of Absorption in Plasmonic Nanoantennas,” The research was funded by the National Science Foundation.

To create a device capable of overcoming the diffraction limit, graduate student Qinglan Huang and her adviser, Holonyak Lab Director Brian T. Cunningham, a Donald Biggar Willett Professor in Engineering, coupled photonic crystals with a plasmonic nanoantenna, an innovative approach in the field. The photonic crystals serve as light receivers and focus the energy into an electromagnetic field that is hundreds of times greater than that received from the original light source, such as an LED or laser. The nanoantennas, when “tuned” to the same wavelength, absorb the energy from the electromagnetic field and concentrate the energy into a smaller volume that is yet another two orders of magnitude of greater intensity. The energy feedback between the photonic crystal and the nanoantenna, called “resonant hybrid coupling” can be observed by its effects on the reflected and transmitted light spectrum.

“To get cooperative coupling between two things is exciting because it’s never been done,” said Huang. “It’s a general-purpose concept that we have experimentally demonstrated for the first time.”

In addition to changing how researchers can work with light, this new coupling method has the potential to change how and when cancer is diagnosed. One application is to use a gold nanoparticle, not much larger than biomolecules such as DNA, as the nanoantenna. In this case, the feedback provides a way to identify a biomarker unique to a certain type of cancer cell, and the group now linking the resonant hybrid coupling technique to novel biochemistry methods to detect cancer-specific RNA and DNA molecules with single-molecule precision. Cunningham, and other members of the Nanosensor Group will soon publish another paper that focuses specifically on the discovery’s applications in regards to cancer diagnostics.