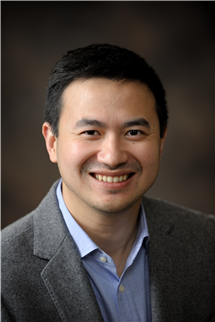 His primary research interests include the design and implementation of RF-MEMS devices, components, and subsystems for reconfigurable RF front ends, and engineering hybrid microsystems based on the integration of MEMS devices with photonics or circuits for imaging, sensing, and signal processing. He received the DARPA Young Faculty Award in 2014 for his innovative integrated circuit design.

The Intel Alumni Fellow award was made possible by the generous contributions of University of Illinois graduates who work at Intel. This group of loyal alumni also fund the Intel Alumni Endowed Chair in ECE. Among the major contributors are: Mark (MSEE '78) and Jean Bohr, Jerry (BSEE ‘73, MSEE ‘76, PhD ‘78) and Michelle Marcyk, Carl (BSEE ‘74) and Patricia Simonsen, Alan (MS-physics ‘75, PhD ‘79) and Carole Stivers, Leo (PhD ‘69) and Bella Yau, and Intel cofounder Gordon Moore and his wife Betty. The chair was created to recruit or retain a top researcher in integrated circuit technology within the department.