The top-ranked College of Engineering at Illinois continues to build its legacy, adding several elite-level faculty researchers to its list of Founder Professors and the first Grainger Distinguished Chair in Engineering. Founder Professorships are part of the Grainger Engineering Breakthroughs Initiative (GEBI)—made possible by a $100 million gift by The Grainger Foundation—that aims to further cement Illinois’ leadership role in the fields of bioengineering and Big Data. In addition to funding undergraduate scholarships, expanded faculty, and facility renovations, the gift includes an endowment for attracting and retaining renowned scholars who will strongly contribute to the impact and international stature of engineering research and education at Illinois.

“Illinois has long been a global leader in engineering education and a driver of transformative innovation," said Andreas Cangellaris, dean of the College of Engineering. "Thanks to the Initiative, we are able to grow and diversify our faculty in these cross-disciplinary frontiers and enable them with the state-of-the-art facilities and resources they need to revolutionize the way we prevent disease, practice medicine, eradicate famine, and promote and enable wellness at the global scale.”

Rashid Bashir
Grainger Distinguished Chair in Engineering
A professor of bioengineering—with affiliate appointments in electrical and computer engineering, mechanical engineering, and molecular and integrated physiology—Rashid Bashir joined the Illinois faculty in 2007, serving as the director of the Micro and Nanotechnology Laboratory and co-director of the campus-wide Center for Nanoscale Science and Technology. 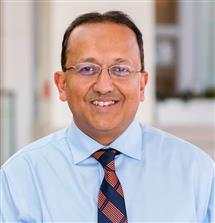 Rashid Bashir, the first Grainger Distinguished Chair in Engineering
His research projects span the areas of bionanotechnology, BioMEMS, lab-on-a-chip, interfacing of biology and engineering from the molecular to the tissue scale (bio-bots), and applications of semiconductor fabrication to biomedical engineering—all applied to solving biomedical problems. Bashir has authored or co-authored more than 200 journal papers, over 200 conference papers and conference abstracts, over 110 invited talks, and has been granted 38 patents. He has licensed technologies to three startups and other companies.

In addition to his own research group, Bashir was the principle investigator (PI) on the NSF IGERT on Cellular and Molecular Mechanics and Bionanotechnology, and PI on an NIH Training Grant on Cancer Nanotechnology. He is also a project lead on an NSF Science and Technology Center on Emergent Behavior of Integrated Cellular Systems (headquartered at MIT, with partners at Georgia Tech and Illinois). In August 2013, he was named head of the Department of Bioengineering. He is a key member of the team that developed the plans for the new engineering-based Carle Illinois College of Medicine, currently co-leads the curriculum development for the new College, and was the founding interim director of the Health Care Engineering Systems Center at Illinois.

Rohit Bhargava
Founder Professor in Bioengineering
Rohit Bhargava is Bliss Faculty Scholar and professor of bioengineering, with affiliate appointments in chemical and biomolecular engineering, mechanical science and engineering, electrical and computer engineering, and chemistry. Following a stint at the National Institutes of Health, Bhargava came to Illinois in 2005. He was among the first faculty in the new Department of Bioengineering and has played a key role in its development. 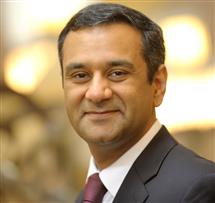 Rohit Bhargava, a new Founder Professor of Engineering
A cutting-edge researcher, Bhargava has pioneered the development of infrared spectroscopic imaging, starting from his doctoral thesis that was the first in this field. Fundamental work in theory and numerical methods in his laboratory directly leads to new instrumentation and technologies. Instruments developed in his laboratory have been used to provide new means to characterize and define cancer using chemical imaging that are leading to the emergence of the field of digital molecular pathology. Using 3D printing and engineered tumor models, his most recent research seeks to create designer cancers in the laboratory.

Among his recent educational innovations are the Cancer Scholars Program—a challenge-inspired model for undergraduates using real-world problems to inspire and develop students—and a NIH-funded graduate training program focusing on the tissue microenvironment. Bhargava founded, and serves as director, of the Cancer Community@Illinois, a University-wide effort dedicated to advancing cancer-related research and scholarship. The effort is a unique approach to oncology across the lifespan and the first such national center combining high quality engineering with the field of oncology.