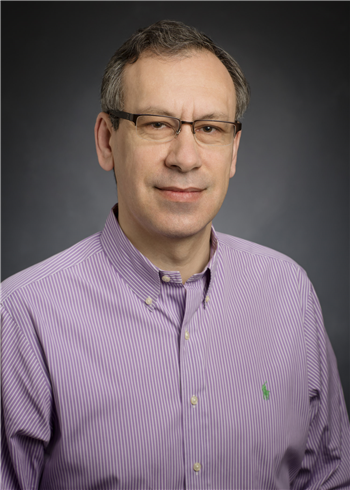 Dr. Yurii Vlasov is a GEBI Founder Professor of Engineering at the University of Illinois at Urbana-Champaign. He is tenured with the departments of Electrical and Computer Engineering, Materials Science and Engineering, and Bio-Engineering, as well as Carle Illinois College of Medicine. At the UIUC he established the Integrated Neurotechnology lab devoted to development of advanced engineering approaches aimed at reverse engineering of the brain circuits. The major themes include development of silicon-based nanofluidic and nanophotonic neural probes, in-vivo neurobiological experiments with massive recording and manipulation of brain activity, and, lastly, development of machine-learning algorithms to analyze large neural datasets.

Prior to joining the UIUC in 2016, Dr. Vlasov held various research and managerial positions at the IBM T.J. Watson Research Center in N.Y. where he led broad company-wide efforts in integrated silicon nanophotonics and more recently in neuromorphic computing architectures. He initiated the Silicon Nanophotonics project in 2001 and managed it for over 15 years from its early fundamental research stage up to commercial manufacturing of optical transceivers for large-scale datacenters and supercomputers. The technology has been fully qualified and deployed for commercial production at GlobalFoundries.

Prior to joining IBM in 2001, Dr. Vlasov developed semiconductor nanophotonics at the N.E.C. Research Institute in Princeton, N.J. and at the Strasbourg IPCMS Institute in France. For over a decade, he was also a Research Scientist with the Ioffe Institute of Physics and Technology in St. Petersburg, Russia working on optics of nanostructured semiconductors. He received his M.S. from the University of St. Petersburg (1988) and Ph.D from the Ioffe Institute (1994), both in physics.

Dr. Vlasov is a Fellow of APS, IEEE, and OSA. He has published over 300 papers, filed over 100 patents, and delivered over 100 invited, plenary and tutorial talks. He received the IBM CEO Corporate Award, the “Best of IBM” Award, and several IBM Outstanding Technical Achievement Awards, as well as was named “Scientist of the Year” by the Scientific American journal. Dr. Vlasov and his work has been covered in numerous major newspapers, including New York Times, Forbes, Wall Street Journal, and others. It has been featured on television news programs including The Tonight Show, ABC, CBS, etc. It has also been highlighted in review columns on Science Daily, Scientific American Journal, New Scientist, etc.

We aim to uncover the basic principles of brain computations that form the basis of perception and guide complex behavior. Our vision is to integrate engineering, systems neuroscience, and data analytics to advance our knowledge of inner working of the brain. Correspondingly, the interdisciplinary projects in the lab can be categorized into three main threads: Neuro-engineering, Neuro-biology, and Neuro-informatics. Neuro-engineering is focused on developing advanced neural probes to interrogate and manipulate the brain using nanotechnology approaches. These novel tools are used in Neuro-biology experiments to record massive datasets of brain activity in live animals during active navigation in virtual reality. Development of machine learning analytical methods in Neuro-informatics thread provides insight into functionality of neural circuits and systems.